The 2019 CPA Exam Changes are quite significant for the FAR exam and more importantly for the REG exam due to the tax code overhaul in 2017.

In this post we will highlight the two major changes that will be implemented after January 1, 2019.

Leases have been tested on almost every single exam in my recent memory. However, there will be some content changes in 2019.  FASB issued ASC 842 in 2016.

In addition the revised definition allows fewer allowed capitalized costs. Executory costs such as property tax or insurance will be included in the lease payments.

For sale leaseback transactions, the transfer of the asset must adhere to the revenue recognition requirements in ASC 606.

The reason we recommend you take the FAR exam in 2018 BEFORE the changes take place is that these new leasing questions will be more difficult than previous exams. We will not have any data on how the leasing questions are applied until late 2019.

As you are probably aware the Tax Cuts and Jobs Act (TCJA) was passed in December 2017. We will overhaul all of our REG content due to the drastic changes.

There are a multitude of REG changes and we will give you a sample of what to look out for.

First of all, you are probably aware that the corporate tax rate went from 35% to 21%. The Trump administration wanted to make the U.S. more competitive with foreign tax jurisdictions such as Singapore.

Other smaller changes to the REG exam include:

a) Increase to section 179 deduction and bonus depreciation. It will go from $0.5 million to $2.5 million

b) The personal exemptions of $12,000 will be eliminated

c) The deductions for property and state taxes will be limited

As usual all customers can request a free update to all CPA material by sending us an email at admin @ cpaarmy . com. We should have the updated 2019 materials ready by the end of January. 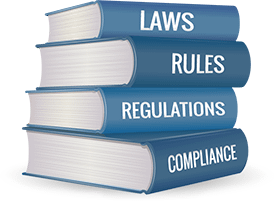 Number of People Sitting For the CPA Exam Plummets